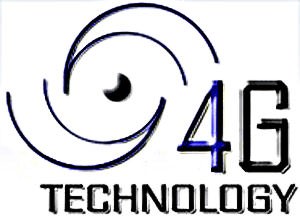 Technology is really running ahead than what a person is thinking and we are now wholly depending on it. But we are the one who developing these new technologies for our own benefit and help to increase our lifestyle.

The new technology which is coming on its way is the4G the groundbreaking mobile broadband technology which will really changes the face of internet surfing. This is will not only enhance the service and flexibility which you get from 3G but also will faster the speed of that even the  current fixed station will not provide. This has really devastated the growth of 3G broadband with the issues like speed whereas 4G has promised to resolve the issue of speed.

This 4G technology is really gaining appreciations around the world before its launch. This technology will really change the face of technology regarding wireless network. It will surpass the length of 3G and it will surely advance in current 3G broadband by ISPs to mobile network around and really will increase the speed of data transfer and also the wide range of coverage which is not possible in 3G.

If we look into the history of this technology generation, it makes mandatory to upgrade the technology. The first generation was replaced by 2G and the same 2G was totally replaced by 3G and now the 4G. As the requirement is growing the phase of technology is also changing. The timescale which is set to standardize the body of 4G is 2012-2015.

Now the mobile devices are getting smaller, thinner and more powerful. They have got bigger screen and enough battery life to watch a movie. There are some things which you would like to do sitting at one place, like watching football, movie, paying your bills and downloading music in an instant speed. You can have this facility in new mobile technology but in 4G you can have it in instant speed.

This advance technological has great skills that can really make wonders in the mobile technology and help you to have instant access. Customers in areas where they can access 4G coverage can use it for home broadband connection which doesn’t require nay cabling.